Empowerment Starts Here with Dr. Vibe (click here to listen to the episode).

Scroll down to access links and other resources mentioned in Episode 36- “The Case of Low-income Black Fathers.” 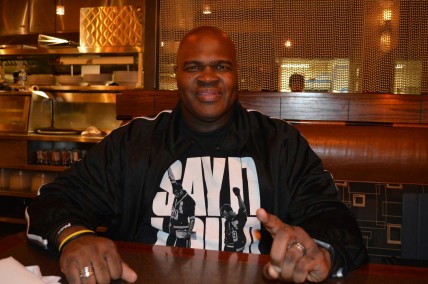 Recently, I was in a 10th grade classroom and one of the male students kept referencing that he had not seen his father.  Of course, he did not just say, “I have not my seen father.” Instead, he said it as a running joke.  Someone passed a paperclip and he was like, “Is that paperclip my father?”  Another time, he made the joke that he was conceived in the absence of a father’s input.  He was a class clown so most of the students laughed at him, with the primary teacher getting a little bit stressed by the disruption.  However, I could not help to hear his jokes as a cry for help.   Now I want to say that this young man was white not black but I think the relevance of this story is all the same.  He had an absent father and was missing him and was using humor to mask the pain.

Being the organizer of a Facebook group entitled, Daughters, for adult women who had childhoods with absent fathers, I am aware that an absent parent is no laughing matter.  But, when I met Dr. Vibe and started learning about his work with struggling dads, I realized that there is another part of this story that needs unpacking.

Please listen as Dr. Vibe and I talk about socioeconomic conditions of fathering and challenges faced by low-income dads.  In the closeout, I am going to talk about the physiological impact of children when neglected by a parent but I think the recorded conversation with Dr. Vibe is critical in helping us to understand the socioeconomic factors of neglect.

Resources and Links Mentioned in the Episode:

Please feel free to let me know if you catch any mistakes.  Thanks!!

The Full Link for the Episode…

Please visit our Episodes at a Glance page to get a full episode list for Seasons 1, 2 and 3.

This entry was posted on September 11, 2018 by ejuc8or in Uncategorized.